This year we had to do things a little differently, but that didn’t stop Fishers’ brilliant and dedicated team from pulling out all the stops and putting on a fantastic magical Christmas event for our customers.

It would not be Christmas at Fishers Farm without a knee-slapping, slapstick performance from the team! We put on a magical Christmas show, ‘The Visitor’, written and directed by our very own Fairy Grandmother, Trina Rollings, Director at Fishers Farm Park. Along with Sue Pollard, joint show director.

The fun packed show, with elves, dancing, singing, laughter and to top it all off, a visit from the big man in red himself, Father Christmas, had audiences laughing, singing and enjoy a fantastic Christmassy family day out.

The audience helped No.1 elf, Jeffy and his elf friends to solve the mystery of who their “Very Important Visitor” might be. The reindeer had eaten an important part of a very important letter that the elves had received. With a little help from their magical Fairy Godmother, who waved her wand to save the day, the elves and audience worked out that they were having a very exciting visit from Father Christmas!

Following on from a magical show, families walked through Father Christmas’ grotto, a magical, enchanting winter wonderland, North Pole security and into a toy store of dreams, for children who then chose their own toy from Father Christmas.

All cast and backstage crew work here at Fishers Farm and the entertainment was written and produced in-house. A huge thank you to our wonderful cast and crew for all their work this year.

To ensure a safe environment for the event, the team implemented social distancing measures for the entire event, including queuing, seating and for the whole Father Christmas experience. Shows were staggered to allow time to clean the barn in between and rearrange seating to make sure people were sat only with their party and distanced from others. We had to cap the number of tickets that we sold and every ticket sold out in a number of days. The cast and crew then agreed to do early evening shows, to allow more families to be able to enjoy the Christmas experience at Fishers.

We want to thank everyone that came and reassure you that no elves were harmed in the making of the event! 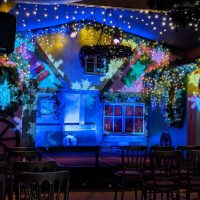 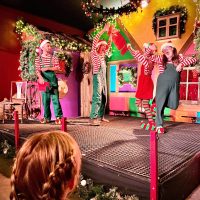 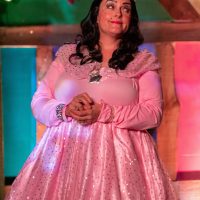 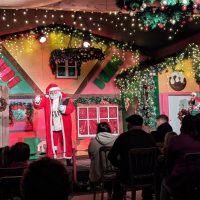 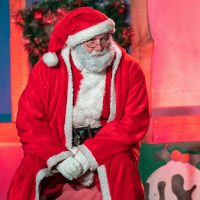 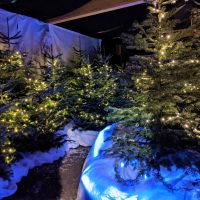 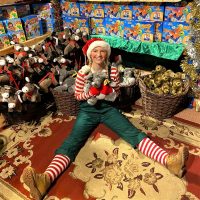 Save £1 per ticket
when you buy online!